The Clydesdale is a breed of heavy draught horse indigenous to Scotland and deriving its name from the district in which it was founded.  The Clydesdale’s origin is accredited back to the 6th Duke of Hamilton, who in the middle of the 18th Century imported 6 Flanders stallions to Scotland and bred from them using some of the best Galloway or pack mares.  Then in 1715 John Peterson of Lochlyoch imported a black Flemish stallion to improve his breed.  The Lochyoch mares were of a uniform stamp – mostly browns and blacks with white faces and a little white on their legs, grey hairs in their tails and occasionally through their bodies.  They also had a characteristic white spot on their bellies.  This was recognised as a mark of purity of the blood.

At its peak, Scotland had around 140,000 farm horses plus an unknown number in towns and cities, most of which were Clydesdales in whole or part. The top year came in 1911, when 1,617 stallions were exported. Three years later Clydesdale horses were conscripted by the army to serve in The First World War. It is known that between 1850 and 1880 a large number of the best stallions and a few good quality mares were annually exported mainly to Australia and New Zealand. Source: NZ Clydesdale Society (www.clydesdale .org.nz) 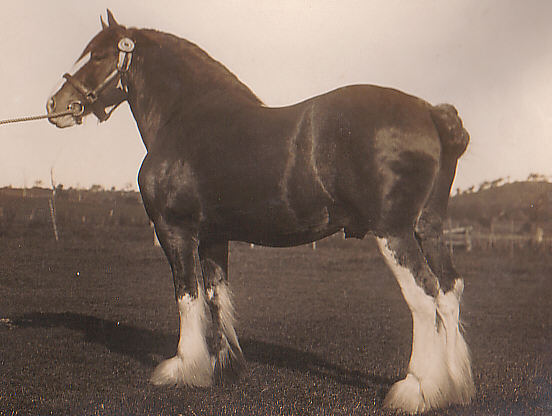 NZ CLYDESDALE SOCIETY CENTENARY – JUNE 2011
The first meeting of the society was held in Dunedin 1911 and 100 years later the society held its AGM in Dunedin. We took an 8 horse team to Dunedin and participated in a photo shoot at Larnachs Castle. A photo from this made the front page of the weekend Otago Daily times along with a humorous article about one of our geldings who doesn’t like pipe bands. Click on this link to read the article “Fears pipe music will put wind up draught horse”.

On the Saturday there was massive street parade through the center of Dunedin. The John McGlashan pipe band led the parade followed by inhand horses including two stallions and then ten Clydesdale wagons from singles through to our eight horse team.  The parade drew crowds of appreciative people many who found it an emotional experience.  Teams travelled from throughout NZ so it was a great once in a lifetime display. That night the Clydesdales featured on both TV1 and TV3 news, a magnificent coup getting such prime time exposure. You can view the TV3 video clip by clicking here.

The following Wednesday one final photo shoot to mark the centenary week was held at Erewhon Station with a 20 Horse Team hitched up to a wool wagon and driven through the Rangitata River. The 20 was Colin Drummond’s idea after a being inspired by a photo in the Omarama pub depicting a similar scene. That photo was from about 100 years ago so the centenary seemed like a good time to recreate the scene. The horses were harnessed in a four-six-six-four combination and pulled a one tonne wool wagon with 22 bales of wool.  The horses worked really well together and we got some great photos & video footage of this event. 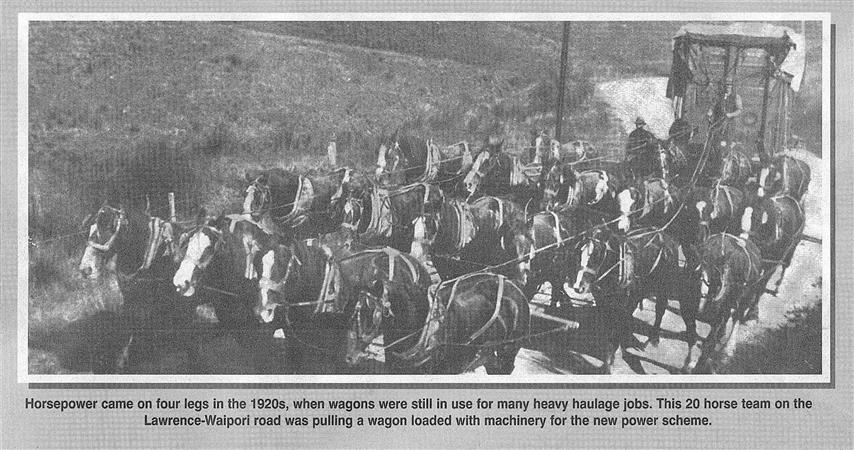 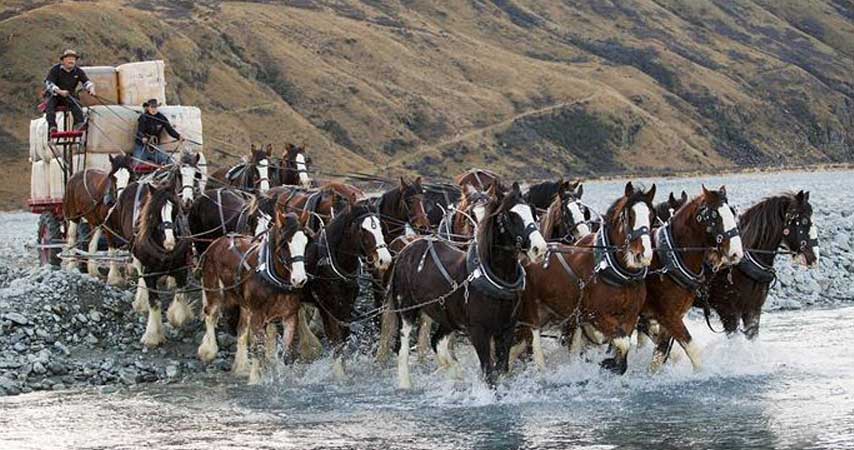 Alternatively a picture tells a thousand words so check out more photos in our Centenary album: